I read about thefts of art and assets on a pretty regular basis from various news feeds, some from museums and galleries and, mostly in Europe and North America. If there’s a common thread it’s that the victims appear to have been completely unaware of the threat. The only logical explanation, as I’ve said before, is that we’re naïve to the extent of art theft and, if not, choose to feel that we’re too lucky or in some other fashion immune. 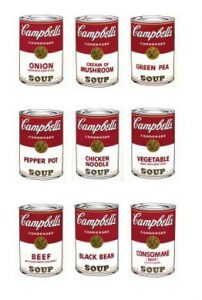 The theft of 7 Warhol screen prints from the Springfield Museum in Missouri in 2016 presents both glaring oversights and a cautionary tale for any museum – or other facility displaying art – about weak spots in their defenses.

Addressing the threat does not require a security overhaul. Quite often a change in thinking and protocol will go a long way to fixing weaknesses.

Here are 4 simple steps can be taken to ensure that what is in place can perform adequately.

Having a program in place to train personnel to be aware of vulnerabilities and make them a part of securing the collection is fundamental. Whether indoctrinating gallery staff to be aware of who’s in the space or museum staff to be alert to suspicious activities, several things can be accomplished. It will close holes of vulnerability and make insider theft more difficult.

The theft of 7 Warhols in ’16 was made easier by a simple oversight. A visitor to the museum placed a flat piece of material in the strike plate, preventing the door from locking, and that was the entry and exit point for the theft that night. A detailed list for end-of-day rounds by security staff – or anyone else – might have prevented it.

In too many cases certain security features are in place but compromised by lack of attention. Having a proper service contract with your security provider that at least ensures that the system is working as designed, even if it might benefit from replacement or upgrades, should be routine. And whether it’s basic intrusion, motion and other sensors, cameras or any other technology it should be tested on a regular basis, weekly if possible.

Having current inventory records can be made easier with sophisticated software, but however they are kept knowing what is where will establish priorities for protection. Surprisingly, thefts too often go unnoticed because the institution has no record of where the piece is.

Ultimately the safety of collections is a measure of the concern by the institution, whether it’s the responsibility to safe keep or avoid tarnishing its reputation. None of the steps mentioned here require a fundraising campaign or grant. It’s a matter of clearly seeing the downside.

Recommended reading for anyone responsible for overseeing art protection is Safeguarding Cultural Properties, available from the IFCPP.