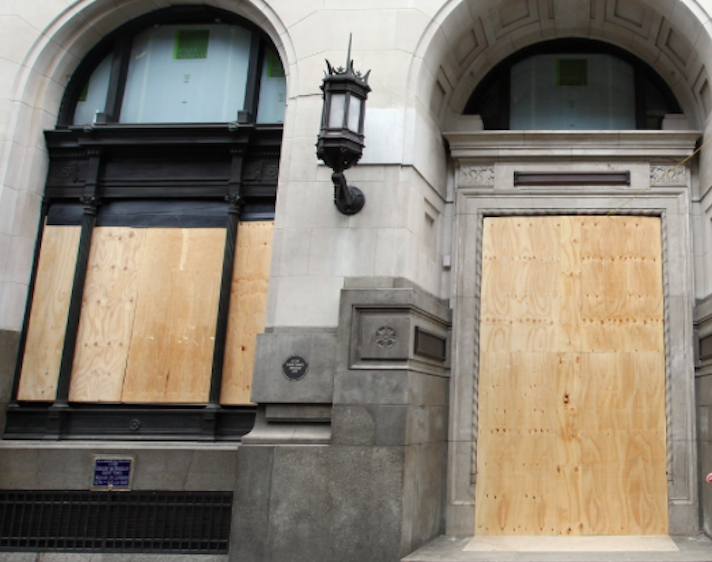 By now you’re no doubt aware of the recent theft of a Van Gogh from a small museum in the Netherlands. Many owe it to strained resources, which are affecting almost every museum and gallery in the world.

Staffing furloughs and reduced duties for those who remain to carry out absolutely necessary operations have placed the vast majority of facilities under stress.

In what might be a potential perfect storm, the ubiquitous effects of the challenge the world currently faces may be joined shortly by a severe and protracted downturn in the economy. The lifespan of the challenge and the degree to which the government can respond to prop up almost one third of the working population that will be unemployed will determine the degree and duration of the stress. The situation is unfathomable to the vast majority of people who have never experienced anything of this magnitude that will likely result in a deep recession, possibly even a depression.

For those having anything to do with protecting art and valuable physical assets this could be a potential double whammy. Staff reductions can mean heightened vulnerability, and poor economic conditions can give rise to an increase in the number of people looking for opportunities to enrich themselves.

Richard Rosenfeld, a respected sociologist at the Univ. of Missouri, says “Every recession since the late 50’s has been associated with an increase in crime and, in particular, property crime and robbery, which would be most responsive to changes in economic conditions.”

But it depends on the severity. If police forces have to start lay offs in response to budget cuts it implies the possibility of an emboldened criminal element. William Bratton, NYC’s police commissioner in the 1990’s who went on to become LA’s commissioner, said poor economic conditions “can be an influence on crime rates,” but not a central cause.

Unlike the occasional warning signs the art world receives when a theft occurs that get’s everyone’s attention and may cause momentary mental checks about security, this will be a period of indeterminate length in which everything can be closely examined. And should be. Especially if security depends on any personnel on site, whether tasked with security or not.

The questions anyone protecting art, whether in an institution or home, should be:

We have repeatedly bucked the pundits who wonder how stolen art can be sold. Many other experts agree with us that the question is not worth asking.

The peril lies in art being stolen in the first place. Thieves may have no forethought as to the difficulties of selling it. They may simply know it’s worth hundreds of thousands. Or millions. And for that, well worth the risk of crashing through a window.

Do we ever hear from remorseful thieves about what in the world they might have been thinking? So it’s not sold, but it’s still never recovered (only 5% is); it’s hidden away for decades for whatever purpose; it’s damaged in the process; it’s destroyed; and we the public are deprived.

In a perfect storm everything is battened down.

This is a time to examine each stone and turn it over to see where vulnerabilities lie.

The benefits will be both short term and long and insure that we don’t look back and say we should have been more careful.

Contact us if you’re unsure of what to examine and what measures can be taken: bill@artguard.net or 212.989.1594