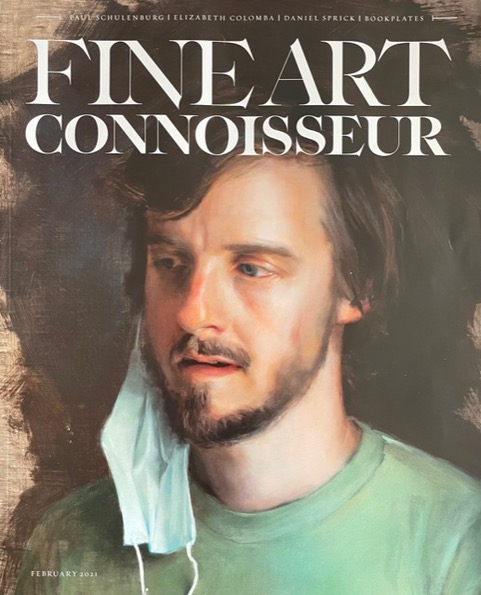 With the means to protect almost everything in our lives through ever evolving technology and readily available and affordable security products, it’s surprising that many people, particularly art collectors, still disregard their vulnerabilities. The majority of homeowners, including those with highly valuable assets, rely on monitored intrusion security systems with door/window – and occasionally motion – sensors to protect against theft. And as we move toward home auto-everything with the ability to control each imaginable touch point from a mobile device, life potentially couldn’t be easier or more secure.

Have We Become Too Comfortable?

But there are several reasons not to be so sanguine about that. If a human was not involved in the management of the system, it would be a far better situation. If somehow the system armed automatically upon the owner leaving the house, forgetting to do so – which a greater number of people are guilty of than imagined – would not be a problem. Worse than forgetting is choosing not to suffer the inconvenience of having to enter a code to re-enter the home, consequently leaving it disarmed. Or leaving the apartment and feeling confident that no one can get past the doorman, so why bother with an alarm system, taking comfort in the notion that “it won’t happen to me”. Those cautious enough to use their system the way it’s designed are now placing trust in the fact that it will work, although they rarely test it, or that someone determined to compromise it won’t simply purchase an inexpensive device on Amazon that can hack and disable it.

And Entirely Too Trusting?

Possibly the more significant failure, highlighted in the current issue of Fine Art Connoisseur magazine, is the trust placed on others in their home at any given time, for whom their assets may prove to be entirely too tempting. These may be staff, service people, guests, party goers and even family members who may know the operation, schedules, whereabouts of valuables and the extent of safeguards in the house and just when they’re off or on.

Therefore, the rationale for spending a very modest amount on a second system dedicated to protecting anything that’s valuable and portable, 24 hours a day, would seem obvious and quite solid. A system that is always on, operating discreetly in the background, managed from anywhere on a mobile device, more difficult to hack than conventional home security systems and one that most of the people who occupy the home at any given time may be completely unaware of is just smart business. Given the potential outcome of a theft – financial, emotional and loss of trust – taking a small additional step to protect one’s assets seems more than logical.