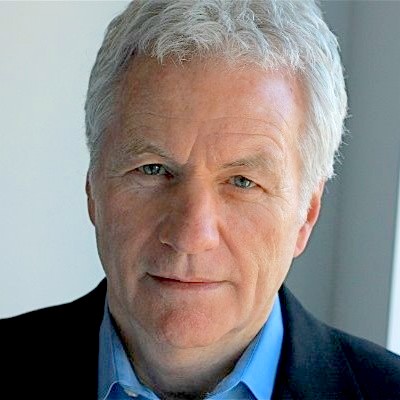 Bill Anderson, Founder/partner: Bill co-founded Art Guard in 2006 with Scott Richter and has been instrumental in product and market development and sales since the company’s inception. He is a co-developer of the Art Guard MAP technology. Bill is a veteran entrepreneur with years of experience starting and running his own companies in technology, including solar energy and co-generation. He was also involved in media management as the president/publisher of The Atlantic Monthly and publisher of Saturday Review. He launched a database media company in 1991 that integrated print and web services and transitioned into an online platform for client self-publishing, dynamic pricing and just-in-time marketing for travel and cultural event ticket sales. The company became the largest distressed ticket sales platform on Amazon.

Scott Richter, Founder/partner: Scott’s formal training is in industrial design. He worked for IBM for eight years in that capacity and then turned to making art. Scott invented, designed and patented the original Art Guard Safe Hook and joined with Bill Anderson to start the company. Scott was predominant influence for Art Guard’s development and patenting of the MAP technology. Scott’s talent as an artist is evidenced by the national museum and gallery display of his work that spans a 30-year career. Among other awards, he received grants from the National Endowment for the Arts in 1984 and 1986. In addition, he is an adjunct professor in the School of Art at Cooper Union, where he has taught since 1984.

Anthony Amore: An internationally recognized expert in the field of art theft and security, Anthony has also worked in the homeland security field at the federal level having worked in aviation and facility security as well as immigration enforcement. He has lectured in homeland security at the college level in and provides commentary on security and terrorism issues for a wide-range of local and national media outlets. Anthony is the best-selling author of “Stealing Rembrandts” (2011). His second book, “The Art of the Con,” was published in 2015 and was a New York Times Best Seller in Crime. He is currently the Director of Security at Boston’s Isabella Gardner Museum.

Greg Smith: Greg is Executive VP at Berkley Asset protection. Continuing a family legacy, Greg Smith started in the loss adjusting and loss control business in 1987. He was trained by his world-renowned father, Harold J. Smith, in a firm called Smith Adjusters. For over 20 years, Greg has been enhancing and refining his knowledge in the niche markets of fine art, jewelers block, armored car, and crime from both the loss control and adjusting perspectives. He has been instrumental in settling many of the most notable insurance claims and property recoveries in his fields of expertise over the past two decades. His experiences have enabled him to foster extensive contacts in the International fine art & jewelry communities and in law enforcement.

Louis Parks: Louis is the Founder and CEO of SecureRF, a CT based company specializing in the development of security technologies for the “billions” of ultra-low resource things now connecting to the Internet and whose futures will be significantly challenged by current advances in quantum computing that will render almost all of our current security methods ineffective. SecureRF has developed an agreement protocol that performs significantly better than ECC and RSA in both software and hardware, allowing it to address the security needs of the smallest IoT things. SecureRF is providing identification, authentication and data protection to address advanced credentialing, sensors, and embedded systems that will play an increasingly important role for security in private and institutional settings.

Chris Cummings: Chris is a senior executive with extensive international and domestic experience in M&A transactions, corporate restructuring, public and private venture and debt financing and IPO’s. Prior to his current operating role as SVP of Corporate Development & Finance at an HR cloud software company (Worktap) Chris advised the senior management and boards of companies, ranging from multinationals to early stage businesses, on strategic, financial and operational initiatives. His 20+ year investment banking career included serving as head of Solomon, Smith Barney’s Asia Pacific Industrial Development Banking Group in Hong Kong. Chris has a B.A. from Yale and an M.B.A from Harvard Business School.